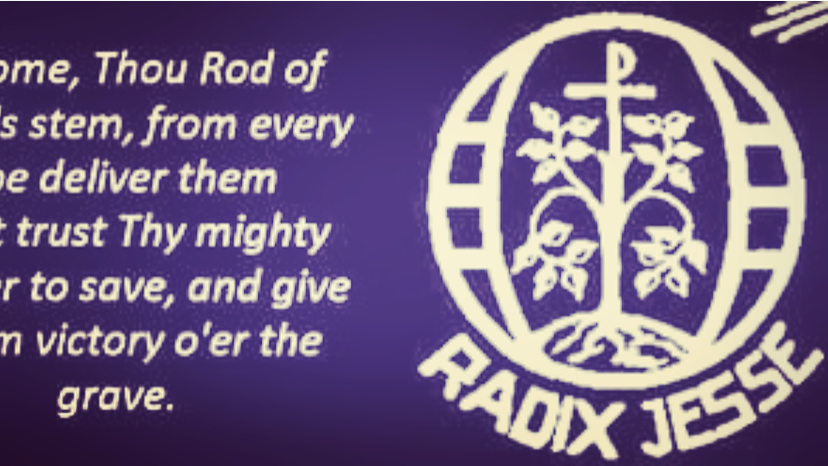 The importance of the “O Antiphons” is twofold. First, each one is a title for the Messiah. Secondly, each one refers to the prophecy of Isaiah of the coming of the Messiah. The Latin antiphons are from the Breviarium Romanum, and the English versions, which are not always literal translations of the Latin, are from the Church of England’s Common Worship liturgy. Biblical quotations are from the NRSV.

O Root of Jesse, standing as a sign among the peoples;
before you kings will shut their mouths,
to you the nations will make their prayer:
Come and deliver us, and delay no longer.

O come, Thou Rod of Jesse, free
Thine own from Satan’s tyranny
From depths of hell Thy people save
And give them victory o’er the grave

Jesse was the father of King David, and Micah had prophesied that the Messiah would be of the house and lineage of David and be born in David’s city, Bethlehem (Micah 5:2). Also compare Isaiah 45:14, Isaiah 52:15 and Romans 15:12.